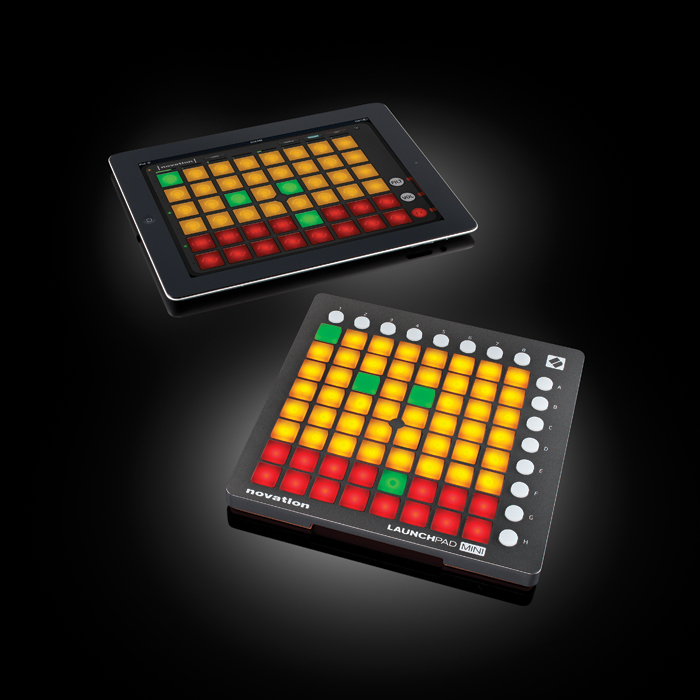 Although the holiday sales rush—the time when retailers like you earn a large percentage of your annual revenue—is now over, it goes without saying that, in a business climate that remains challenging, it’s still absolutely critical for businesses like yours to draw in new customers and make the sale 365 days a year: in every season and for every reason. So, it is of utmost importance to “bend” your store in the direction of burgeoning trends in the music products market…trends that might mean the difference between being in the red and being in the black. In the world of electronic music, producers, DJs and others are clamoring for mini and mobile products, particularly those that can be used with—but whose use is not limited to—iOS devices. On this front, Novation continues to lead the way.

Recently, The Music & Sound Retailer spoke to Brandon Carroll, Field Trainer & Product Specialist, Focusrite Novation, about three highly innovative offerings that hit the market last fall: Launch Control, Launchpad Mini and Launchkey Mini, all of them positioned at the attractive price point of $99.99. “The whole Launch family really pays tribute to the Launchpad,” Carroll explained, that product being a 64-button USB MIDI controller. “The Launchpad is Novation’s flagship controller for Ableton,” Carroll continued. “And it’s basically always been our most successful product for the Novation brand. The rest of our Launch family builds on that.”

To begin, we’ll first turn to Launch Control, which, according to Novation, is the perfect partner for Launchpad. “Launch Control is the answer for a lot of customers who provided us with feedback,” Carroll began. “You can do a lot of cool things with the Launchpad, but a number of people were asking for knobs and other types of controls, other than just drum pads. The Launch Control really resolves that for our users,” he added. The product is a robust, compact controller with 16 assignable knobs, eight three-color launch pads and four function keys. Launch Control’s knobs can be used for fluid control of filters, levels and effects, while using the launch pads for muting, effects activation, or launching clips and scenes. With Launch Control, users can get hands-on control of devices across software platforms to control, fine-tune, tweak and express themselves in real time.

Launch Control can augment the power of Launchpad to bring a performance to a new level of expression, or it can be used alone. Launch Control comes in the box with Ableton Live Lite, which is the music production software used by countless artists to produce and perform, plus an extensive Loopmasters sample pack. Notably, though, it works with all major music software, as well as with an iPad via Novation’s powerful (and free) Launchpad app. Small and compact, Launch Control has a rubber bottom to ensure it won’t slip away. “When you feel it in your hand, you can tell that it’s built solidly,” Carroll remarked. “It’s a basic MIDI device that really extends from the Launchpad,” he added. “It’s just what people asked for.”

Next, we turn to Launchpad Mini, which some have deemed “Launchpad for the iPad generation” and which, since October, has been turning heads. According to Carroll, “The Launchpad Mini is an extension of the full-sized Launchpad.” Although, of course, people can own both, the Mini definitely makes sense for those who are on the go and want a more portable solution. Carroll continued, “It’s so thin, you can just stick it in your backpack,” then added, “It’s a great complement, and it works just like the full-size Launchpad.” Launchpad Mini boasts 64 three-color launch pads and 16 performance buttons, thus ensuring functionality that’s every bit the equal of its larger sibling. “The pads are just a little smaller,” he noted, “and it uses the Micro USB format.”

The Launchpad Mini’s launch pads and performance buttons enable users to produce and perform music with their iPad, as well as with their PC or Mac. Use Launchpad Mini with the free Launchpad iPad app to play great-sounding loops and control DJ-style effects, download professionally produced sound packs from within the app and import your own samples for more highly individualized performances. And, when a budding electronic musician is ready, he or she can share his or her creations with the world. Also very cool is that Launchpad Mini, like Launchpad, is completely bus powered, so there’s no need to plug it into a power socket. Just connect it to an iPad or a computer and it’ll get all the power it needs. Launchpad Mini connects directly to the iPad with the Apple Camera Connection Kit.

Lastly, we turn our attention to Launchkey Mini. Several months ago, Novation released the Launchkey controller, an entry-level, full-size keyboard controller. “So now,” Carroll explained to The Retailer, “we offer Launchkey Mini as a smaller version…slimmed down and easily portable.” It works immediately with the new Novation Launchpad and Launchkey iPad apps, and delivers hands-on control of major Mac- and Windows-based music software, including Ableton Live, FL Studio, Pro Tools, Cubase, Reason and Logic. Launchkey Mini is the only mini keyboard controller on the market offering 16 velocity-sensitive, three-color, LED-backlit launch pads. They can be used to trigger sounds, effects, transport controls and more.

“The Launch Control is definitely targeted to the performer who’s on the go,” Carroll remarked. “But the Launchkey Mini is even more so for that mobile electronic music producer who’s on the go and wants to get some ideas—whether he’s on the train, in the airport, at his hotel or wherever—but doesn’t have all the tools he’s usually able to use in a studio.” He continued, “This gives that producer a great solution: throw a little keyboard and some drum pads right in his backpack with the Launchkey Mini.”

“These new Launch products give dealers a great way to get in the door on an amazing brand and a powerful trend that’s going on in the industry,” Carroll concluded, “a trend where people are always on the move.” All three products are currently available, hitting the street price “sweet spot” of $99.99.