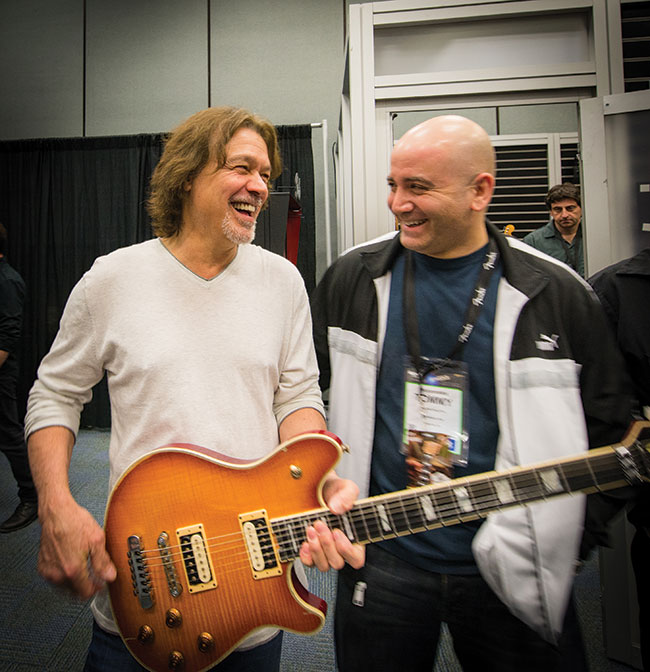 In the heart of Nassau County, overlooking both Roslyn Harbor and the Long Island Sound, is a music store with a look and feel not found at other area MI retailers. Tommy Colletti, Owner of The Music Zoo, was originally looking for a warehouse and shipping depot when he found the building, which is owned by a car collector. “Pull into the parking lot, which is on the water, and then walk through some old Mustangs and other really cool vintage cars on the premises to get to the store,” said Colletti. “It’s a powerful mix for guys: cars and guitars.”

This location is a far cry from the Little Neck storefront The Music Zoo called home from 1994 until approximately two years ago. Colletti opened that store as a way of consolidating his growing lessons business—bringing his 60 to 70 students under one roof—but the location wasn’t really one that got his store noticed. Luckily, Colletti took an early interest in the Internet and it was with that technology that he helped The Music Zoo find its customer base and grow into the impressive store that it is today.
“We had a Web presence by 1996 or 1997 in some fashion. It was pretty prehistoric back then,” recalled Colletti. “We were one of the first stores on Gbase’s Web site when they were in their infancy, and the exposure of posting guitars on Gbase was great. These guitars were just sitting in our store, but we would put them online and they would go right away.”
Colletti’s Web site, which won a NAMM award for Best Web Site in 2012, remains a major source of information for The Music Zoo’s customers. One of only nine official Gibson online dealers, The Music Zoo receives approximately two million page views per month. Not only does Colletti post banners promoting the new instruments that are in stock and send out a newsletter to the store’s e-mail subscriber base, but he also keeps an active blog to make the site as informative as possible. “We give a lot of information on the history of the guitars and the serial numbers. We post video interviews with artists. We give an inside look at stuff you wouldn’t ordinarily see,” Colletti explained. “We want not only to sell guitars but also to educate our customers. It gives our customers more confidence in us.”
Another way Colletti aims to give his customers confidence
(continue reading)