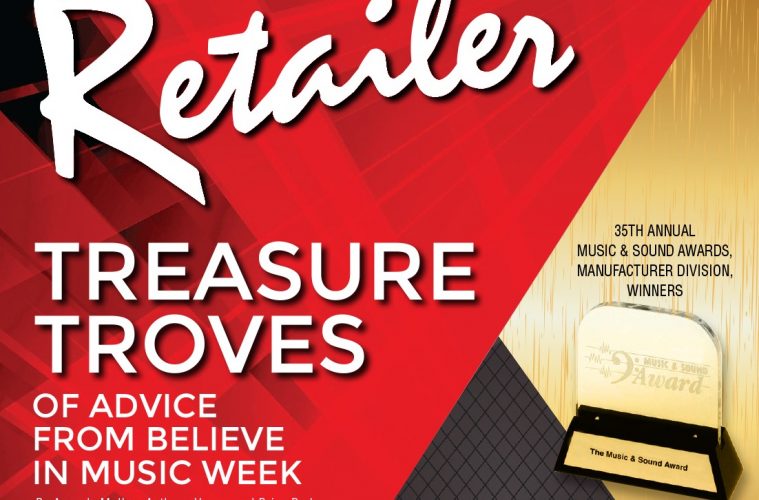 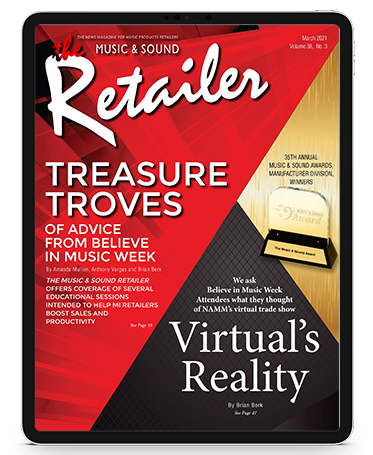 Treasure Troves of Advice From Believe in Music Week

As part of its 75th anniversary celebration, Fender just announced the launch of its American Acoustasonic Jazzmaster.

Also in New York City, Brothers Guitar Shop is a new MI store that opened in Manhattan’s Upper East Side in November.

Martin Seidl, CEO, Austrian Audio and Bryan Bradley, president, Group One Ltd. join us to talk about growing Austrian Audio in the United States, the future of the company, and much more.

If Natalie Morrison, PR strategist for D’Addario & Co., could see any musician play, alive or deceased, it would be Amy Winehouse. “I have such a love for her. She is one of my biggest musical influences,” she said.

MI Spy concludes a tour of the New York City metropolitan area by crowning “the King of Staten Island.” Next month, the Spy moves on to another region.

Imagine if a grocery store decided that each customer must now buy $1,000 in groceries each quarter, and until you hit the $1,000 mark in the first three months, your groceries will cost 15-percent more. Unfortunately, Allen McBroom says this is one of the travails of being an MI retailer.