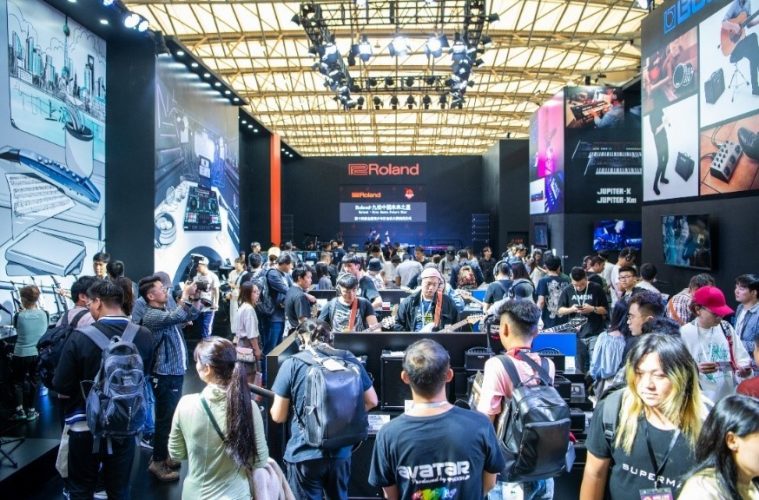 Music China Has Its Biggest Show Yet

Music China, taking place from Oct. 10-13, drew 122,519 visitors to the Shanghai New International Expo Centre, its largest attendance ever. This represents an increase of 11 percent compared to 2018, and featured 13 exhibition halls and 2,414 suppliers. The organizers of the show noted a clear increase in the interest for the music education category, with a number of new exhibitors from this industry segment joining the fair.

“We’re always incredibly excited when a fair is about to start and the four exhibition days have flown by. It was our biggest edition so far, and I was happy to hear that the quality of the show was not in any way influenced by its growth. This years’ expansion was reflected by a number of product categories. Next to the increase in the gross area for the piano and bowed sectors, there’s clearly more interest in everything that has to do with music education. This category could be found in two halls (compared to only one in 2018), which allowed us to offer a variation of traditional as well as less conventional ways of learning how to play a musical instrument. We also responded to the increasing interest by focusing on music education in a number of fringe program events,” said Judy Cheung, deputy general manager of Messe Frankfurt (HK) Ltd.

Music education continued to grow at the event, featuring signature NAMM CMIA Forum and NAMM University Courses. “I’ve been with Music China for six years and I’m glad to see this show becoming bigger and bigger. It’s like it never stops growing! The fringe program events are very important, because people don’t just do business here. We also share our knowledge and build our network, connect to each other. Music China functions as a bridge to gather music lovers and industry players. All the seats were taken during the University Course, and the audience was very engaged during the Q&A,” said Cathy Miller, senior vice president of West Music.

Another area of growth was a 15-percent increase in the exhibition area for the pianos and bowed instruments was mainly caused by more interest from Chinese and overseas companies and European pavilions, such as Germany and Italy.