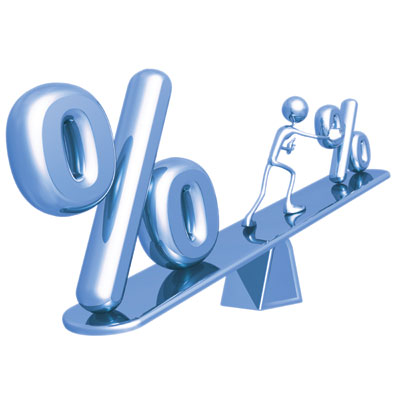 In December, word leaked out (in the same way that you can refer to a burst pipe as a leak) that the Uberstore (aka Guitar Center) had sent a letter to all its suppliers announcing a change in its position regarding manufacturer Minimum Advertised Price policies. In effect, it said, “We don’t need no steenking MAP,” and stated that it would ignore MAP policies at its discretion, based on the perceived street price of each product and the need to compete within that perception.
Well, imagine that. I’m sure most of you have, and it has caused more than a little horror in the industry. Setting aside the issues of the Sherman Antitrust Act, all the legal wrangling that NAMM and other industry companies have had to endure, and any discussion of price per se, I find that the most interesting—and, perhaps, disturbing—aspect of this little tempest isn’t about price, but is about what all the wrangling over price means.
The issue sounded so familiar that I searched my old columns for MAP topics to get some perspective. Sure enough, there were articles from 2005 and 2006—half a decade ago—that actually make more sense in today’s smartphone society. Since relatively few of you maintain a library of Veddatorials to read for daily inspiration—OK, none of you—I’ll summarize the main point. See if you think it applies today.
I said then—and since—that MAP allowed my store to compete. When people shopped based on value—price, service, community, etc.—rather than on a number alone, we often won the transaction. It happened so often industry-wide that Woodwind & Brasswind (then privately owned) prominently listed smarmy disclaimers everywhere touting lower prices that couldn’t be advertised but were available via phone.
Why? Why not take the extra margin, and use your giant presence to drive everyone to you and capture all the sales anyway? We can ask the same question in 2012. With combined sales exceeding a billion dollars, GC today is bigger than any two companies were in 2005. With all their various channels of distribution, their constant presence and sales dominance are unquestioned.
The only answer, then and now, is that people don’t have any loyalty to big boxes. They shop there the way some folks will hang out with people they don’t like—as long as it involves a free meal or a hosted bar tab. Take the freebies away, and the crowd disappears.
I firmly believe that the need to meet the “prevailing street price” isn’t about the big boys chasing down MAP violators that undercut them. It’s that they can’t compete except on price. No one I’ve ever met goes to a giant chain store of any type for superb service. It’s not the business model.
In my opinion, the combination of sales lost to service-oriented stores on the high side and bottom-feeder price-cutters on the other end has made enough of an impact that the giant needs to address it head on. Further, I think the real issue is the service stores. If the only sales it missed were from the lowball guys, could the extra sales garnered really offset the margins lost? No, I think they feel that they can’t compete with the “buy local” trend if they can’t undercut price. It’s their only weapon and, if it can’t be openly used, they often lose.
Now, “lose” is a relative term. Realistically, they could vaporize a third of their sales and still be the dominant player in the industry. But they have pressures we can barely understand.
The debt load on their balance sheet is immense, and analysts much wiser than I am have said that, if the current level of revenue is maintained, they’ll only be able to pay interest on all that debt…which is a problem (in the same way falling out of a five-story window is a problem) when principal payments come up in a couple of years. They have to improve their numbers. It’s unlikely they can improve them enough to make the payments happen, but they might show enough progress to renegotiate the payment schedule successfully. Static or diminishing returns don’t present a rosy picture to lenders, regardless of the strength of the core business.
So, the Declaration of MAP Independence document represents GC’s best hope. But it looms as a much bigger problem for manufacturers than for retailers in the trenches. Sure, we’ll feel an impact, and it will be no fun. But we’re used to it.
Suppliers have a tough choice, and I don’t envy them. If they simply bend over yet again to the demands of our largest retailer, they might see even more small dealers tank, curtail buying or carry other products. Will GC’s sale of their products grow enough to offset the lower margins they make from the big ol’ store? If so, they move more eggs into one big basket.
If suppliers draw a line in the sand and say, “Follow MAP or we’ll pull our line,” the answer will be, “Do your worst.” They’ll lose all those sales and, as pressed as most smaller dealers are, they’ll not make up for those lost revenues anytime soon.
So, in all likelihood, they’ll knuckle under and let GC have their way, which will put them in a pretty exposed position if anything happens to the chain…like when their note comes due. If the majority of your sales come from one big customer, what happens when they go away? Oh…and if they owe you a ton of money when that happens? Anyone?
I’d love to see some suppliers say, “It ends now. We’ll take our lumps with the independents, but we’re not going to let you call the shots anymore.” However, it’s far more likely that they will keep their house on the slopes of a smoking volcano, convincing themselves that there will never be an eruption. If they’re wrong, though, it will be spectacular…from a safe distance, at least.
There, folks, is a whole new meaning for Guitarmageddon.