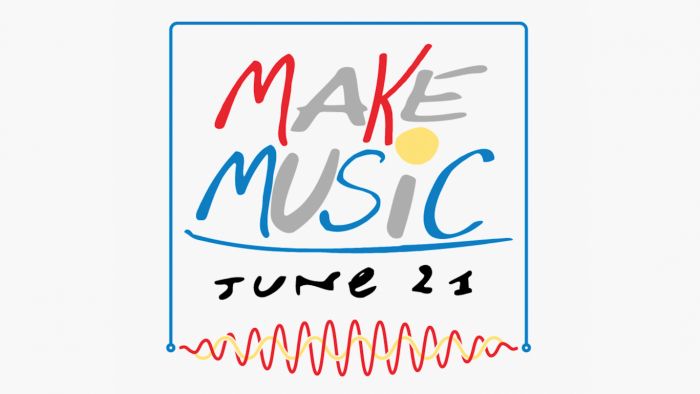 Make Music Day, the annual global celebration of music occurring on June 21, announced its updated schedule of in-person and virtual music-making events that will immerse and enthrall participants while showcasing music’s power to connect, comfort, unite and uplift.

Featuring thousands of free outdoor concerts, performances, music lessons and jam sessions nationwide, the all-day musical celebration on the summer solstice will be held in over 100 U.S. cities and the entire states of Connecticut, Hawaii, New Mexico, Vermont and Wisconsin. This year’s event will return to a mostly in-person experience after last year’s pivoted to a largely virtual one due to the pandemic. Safety protocols will remain in place.

Completely different from a traditional music festival, Make Music Day celebrates and promotes the natural music maker in all of us, regardless of age, ethnicity, background or skill level. Make Music Day is a free and open invitation for everyone to make, enjoy, perform, teach, learn and experience the joy of making music on the longest day of the year.

Launched in France in 1982 as the Fête de la Musique, Make Music Day has become a global sensation, observed by hundreds of millions of people in over 1,000 cities in 120 countries. Make Music Day is presented in the U.S. by The NAMM Foundation and coordinated by the nonprofit Make Music Alliance.

What to Expect From This Year’s Make Music Day

To remember and honor the lives lost to COVID-19, Make Music Day will present a musical memorial, “This Moment in Time,” a series of gong performances nationwide and globally. At noon local time, a noted musician will play on a large gong for one straight hour, marking the year of incalculable loss, but also ushering in a new era. The performances will be live streamed to www.makemusicday.org. Afterwards, in many locations, the public will be invited to play the gongs. This Moment in Time observances will take place in Canada, Italy, the Netherlands, Switzerland, Turkey, the United Arab Emirates and 15 U.S. cities, with more locations to be announced.

Additional national highlights of Make Music Day in the U.S. will include:

All Make Music Day events are free and open to the public. Participants who wish to perform, or to host musical events, may register at www.makemusicday.org. A full schedule of virtual and in-person events will be posted on the website in early June.

For more features from the Music & Sound Retailer, click here.