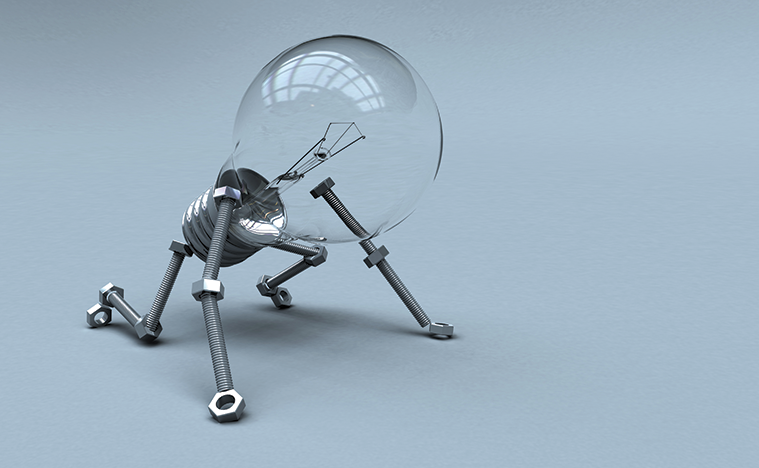 As I’m writing this it’s barely January and, as we take our first steps into the new year, I wanted to talk a little about 2017 and where we go from here. As I look back on the topics I’ve covered this year, both in this column and in feature stories about Reverb and Sweetwater, the through line that develops is one of resourcefulness — using every means at our disposal to make the most out of what we have. This can be in the form of underused social media platforms, like Instagram; productivity apps, like Slack; NAMM Show attendance (and I hope you all went); or simply reaching out to smart people on your staff or in the industry for guidance and inspiration. As I look through these topics, one theme becomes clear to me over and over again: Every day is an opportunity and, if we want to grow as retailers, we have to make every single one of them count.

As I talk to some of my older mentors and family members, the great disappointment many feel with younger generations is at their apathy toward the world around them, the general sense of disengagement with anything meaningful or related to values like hard work and going the extra mile. While I understand that each generation feels this toward the generation that will eventually replace them, as part of the natural cycle of all things, I think there’s some truth to the strength of apathy we’re currently experiencing, with one caveat: It isn’t isolated to young people.

More and more, I sense a growing apathy among some independent retailers, world-weary and watching an industry exponentially change at a rate that makes it, at times, difficult to predict or keep up with. Business models have shifted and some have struggled to keep up, or feel overwhelmed by the internet onslaught, and silently believe they’ve lost their toehold and they’re not getting it back.

Some have already checked out. But I believe small groups of hardworking people are a business’s greatest assets. Cultivating that culture of inclusion and inspiring dedication, instead of relegating staff to secondary roles because they don’t have an ownership stake, is the path to sustainability and growth. A business is an organism, and, in order for that organism to be healthy and flourish, all of its parts must understand not only their function, but also the importance of their role in the growth of the whole.

If you want to effect the biggest change in your business in the new year — no matter your job title, pay grade or seniority — look for the ways in which you can support your fellow staff members. Nothing will have so great an effect on those around you as solving problems for people who need help. And, trust me, everyone around you needs help. If you want to build a team, to bring people together, to create a cohesive unit with a common goal, start by finding ways to serve others. It’s easy to say and incredibly hard to do. When a customer comes in with an issue, don’t search for the person who waited on them. Make that problem your problem and fix it. When someone drops the ball, don’t complain to the boss and your co-workers, pick the ball up and dunk it for the team. When I was 19, I worked in the worst job I’ve ever had: a paint factory. When something went wrong, it went really wrong. One day, a forklift driver took out an entire rack of five-gallon buckets of paint. Thousands of gallons came crashing down on him, his forklift and the floor. Nobody threw a fit or complained to the boss. Everyone stopped what they were doing, cleaned it all up and then went back to their post to finish the day’s work. We were still going when the second shift arrived, so they didn’t have to pick up the slack. That’s teamwork. Don’t complain, pitch in.

If you want to improve your sales, improve yourself. It’s the scariest thing in the world to admit you don’t know something, that your approach isn’t working and that you need to find a new path. If you’re watching other stores do things that you can’t, pick up the phone and call people you respect. Get on a plane and go visit their stores. Go to The NAMM Show and sit in the Idea Center like your job is to milk as much information as you can get out of those sessions. Ask everyone questions and assume they’re all smarter than you.

Nobody you respect in this industry thinks they’re the person with all the answers, and I say that after talking to Sammy Ash, Reverb’s David Kalt and Sweetwater’s Chuck Surack. Everyone who’s doing great big things in this industry wakes up every day searching for ways to improve. They empower their employees to try new things and people around them to speak up and challenge the norms. If you want the people around you to be better and do more, give them reasons to become the people you wish they were. Encourage them, high-five them, send them to The NAMM Show to sit through Idea Center sessions; find out what they’re passionate about and find a way to capitalize on it and use it to benefit your business. Nobody is done learning and improving, and if they think they are, all they’re really done with is improving your business.

If you want to connect with new customers, alter your approach. This is the YouTube generation, and if your reaction to it is to recoil, find staff whose reaction isn’t and stand them in front of you three-people deep.

If you don’t think growing your internet and social media presence is a huge key to growing your sales, watch the social pages of the stores whose sales numbers you wish you had. They very clearly do, so there may be something to it. You may not understand, and it may not appeal to you, but it’s incredibly important to connect with customers on their turf. We all reach a point when things seem to have moved passed us, when we seem to stop being cool to younger musicians and seem more like their dad. The way we talk to our customers about signing up for lessons or learning an instrument is the way we need to think about approaching customer relations and new media platforms. You are not too busy. Nothing is too hard for you to try. Every day is a new opportunity and your business depends on it. Try something new. Talk to your co-workers. Listen to your customers. Push yourself outside what you think is comfortable. If you want to be great at something, you have to get up every day and make it count.

Write to me at gabriel@upperhandstudios.com.