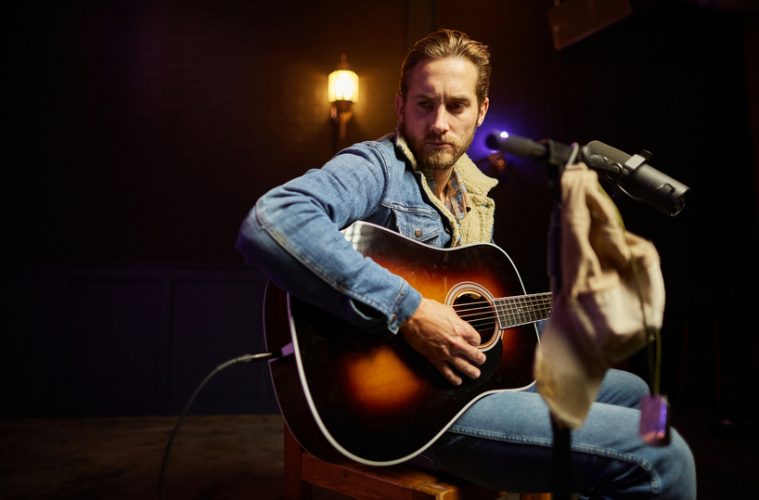 Central-California based Americana singer-songwriter and U.S. Navy Veteran, Doc Oliver, is joining LR Baggs for a new acoustic session as well as a guest on the Maker’s Mic podcast. Filmed in Nashville, Tenn., at The Brown Owl studio and Soundcheck, the session features shots from Oliver recording, along with a live performance of his original song “Helmand” off of his latest album.

Working as a battlefield medic with multiple tours in Afghanistan, Oliver earned the nickname “Doc” stitching up wounded soldiers and civilians alike. He was honorably discharged suffering from PTSD after being ambushed and injured by the Taliban, losing three of his best friends in the event. He now lives in Central California with his wife and three children, working as an armed guard at a nuclear power plant. Oliver struggles emotionally reliving some of his experiences as he arms himself for his job which, ultimately, led him to turn to music.

Oliver first met Lloyd Baggs, owner of LR Baggs, at a concert in California where they spoke about music and his military background. After exchanging contact information, Baggs recounted, “Doc sent me a link to a few of his songs the next day, but there was no way I was prepared for what I was about to hear. Within minutes I knew that I was personally going to do everything I could to help him bring his beautifully raw, poignant songs to a much wider audience. We soon arranged for Doc to come to Nashville where we put together a band and produced an EP and a few videos for him with our Handcrafted Video crew.”

Oliver continues to record and work on new music, with a projected release date of a forthcoming single in late October.

“We were all privileged and honored to help this amazingly brave guy who had put his life on the line fighting in a desolate foreign land and experiencing unspeakable things every day so we could enjoy living our lives here at home,” Baggs noted. “After hearing his songs, I hope that you will be compelled as I now am to help Doc reach other brave soldiers with PTSD and stitch their lives back together with his moving music.”