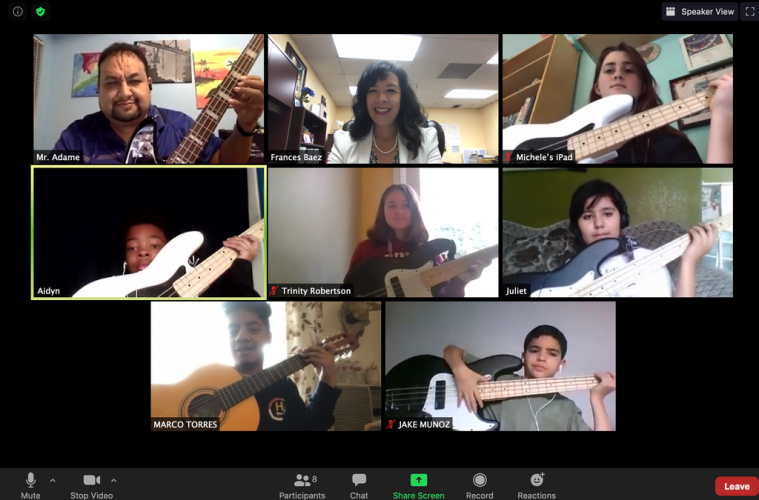 Superintendent Austin Beutner announced that Los Angeles Unified will expand its middle school music program in the coming year. The program will grow from the 5,000 students currently participating to more than 10,000.

“Middle school is such an important time for young students to get exposure to music instruction,” Fender CMO, Evan Jones, said. “We’ve been so inspired by our partnership with Los Angeles Unified and the impact this program is having on the students and their families. We are committed to growing this program, extending it to even more Los Angeles Unified students in the coming years.

Superintendent Beutner also visited SoFi Stadium last week to congratulate the almost 250 middle school students in the program who taped a performance with GRAMMY- and Oscar-winning artist H.E.R. for the Global Citizen event, VAX Live: The Concert to Reunite the World. Selena Gomez, Jennifer Lopez, the Foo Fighters and President Biden will also appear in the event which will be televised nationally on May 8.