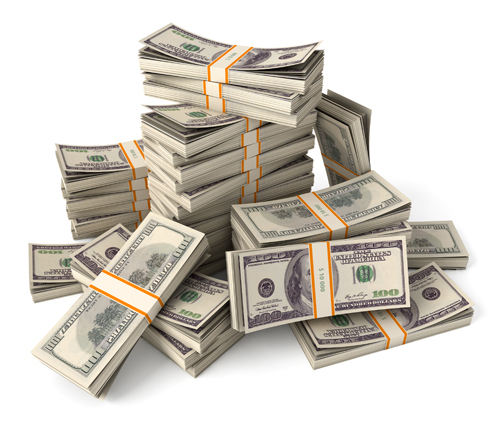 If you are cheering…Good Job!

However, you can only do better if you have a good plan. Without a plan, you might be crying next year, too.

You have to plan: daily, weekly and monthly. Have your personnel do the same.

When I worked as a music lesson enroller, I filled out a form to indicate the results of my sales calls.

I could only write two words next to the call: sold or missed.

If I sold it, I didn’t have to write anything. If I missed it, I would have to explain why I didn’t sell it. These were among the typical excuses: “No money,” “Moving in a month” or “Child didn’t want to play music.”

Well, my boss was an unbarred lawyer. He took the bar exam three times and failed, but he was excellent with details.

Once, I wrote, “No money.” My boss called me into his office and said, “You wrote, ‘No money’ on your miss. I went by that home and spoke to the owners. The father is a successful lawyer. They live in a $200,000 house and drive two Cadillac cars.” He asked, “How can you say ‘No Money’?”

I kiddingly responded, “That’s why they have no money!” He didn’t buy it.

Believe it or not, I made 72 sales in a row after that meeting, because I didn’t want to write “missed” for any reason.

You have to make every sale you can and realize that sales are what keep your door open.

Sales are what give you the money to pay your rent and utilities, and to be able to afford food, clothes and everything else you need to survive.

Don’t sail through life with no destination. Set goals, have a positive attitude, and realize that what you do is important and worthwhile.

I want 2014 to be your best year ever. I want you to make the most money you ever made.

I want you to realize how necessary you are to your family, to your job and to the customers who need to be shown how to buy the right thing to solve their problem!

OK…enough proselytizing! Let’s have some fun.

As some of you might have suspected, I am a trivia nut. However, trivia has served me many times when knowing it has helped me get my point across.

Here are music trivia items that I have acquired, presented for your year-end enjoyment.

“‘Dixie,’ the popular Confederate song during the Civil War, was written by Dan Emmett, a Northerner.”

“Composer Johann Sebastian Bach was quite a father…to the tune of 20 children.”

“Rock star Jimi Hendrix was working on the song ‘The Story of Life’ the night he died.”

“Herb Alpert named his son after the first two notes on the musical scale…Dore.”

“Elvis Presley had a reading chair in his bathroom.”

Those are just a few of my music trivia items, and I have many more. I hope you found these tidbits a fun way to help close out the year.

How he knew that, I don’t know, because one in a million would know it. I sputtered around, pretending I didn’t know the answer, which made my student more confident that I actually didn’t know it.

I said, “Could that be Elmo Lincoln?” I thought he was going to pass out. (Elmo Lincoln was the silent film star who played Tarzan.)

“There was no way you could know that!” he exclaimed. “OK…I believe you know everything.” He never questioned what I said ever again. I have another believer.

Do it for yourself, your family and your company. Most importantly, have fun doing it!

I wish you good selling.