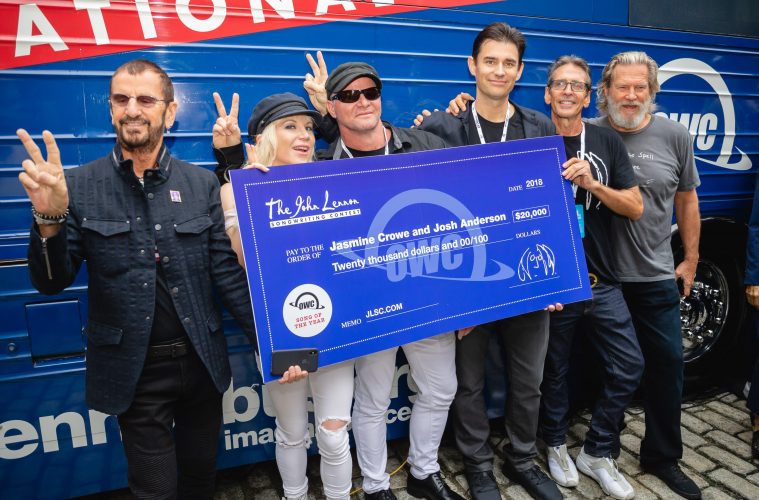 The John Lennon Songwriting Contest Session 1 deadline of June 15 is fast approaching. The JLSC, celebrating its 25th anniversary, will present over $300,000 in cash awards and prizes to contestants entering their original songs in 12 categories. Winners, including one Grand Prize Winner in each of 12 musical genre categories and 36 Finalists (3 in each category), will be announced September 1. Session 2 opens for submissions on June 16.

The 2020 Song of the Year winner will be announced July 6, with a cash prize of $20,000 in addition to the studio gear and instruments donated by the contest’s sponsors.

Over the years, the contest has identified such stars as Meghan Trainor, Gaby Moreno, Elise Goldsberry and others. This year’s judges include George Clinton, Bootsy Collins, Elle King, Prince Royce, Tim McGraw, Flea, Art Alexakis, and many more notable songwriters and artists.

The contest is made possible with the support of Yoko Ono Lennon and sponsors including Apple, Gibson, Genelec, OWC, Neutrik, Audio-Technica, Casio, Universal Audio, Skoog, SSL, Reason Studios and Notetracks. Each year, there are 96 winners across 12 categories with one Song of the Year, 12 Lennon Awards, 24 Grand Prize winners and 72 Finalists. Proceeds from the contests help to support the non-profit John Lennon Educational Tour Bus studio, which brings music education to schools and other venues nationwide.