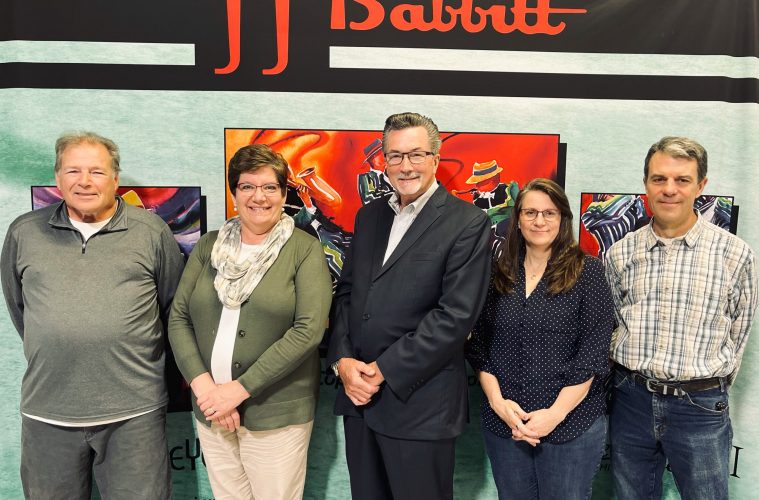 The jj Babbitt Company is under new ownership. The 102-year-old manufacturer of mouthpiece brands Meyer, Otto Link, Hite and many others for saxophones and clarinets will remain in Elkhart, Ind., indefinitely, according to an announcement by president and new owner, Steve Rorie, and his wife, Debra.

Rorie joined jj Babbitt as president in 2019. He has more than 40 years of experience in the music industry, having worked for The Selmer Co., Buffet Crampon, Verne Q. Powell Flutes and B&S USA. He purchased the business from the Reglein Trust, through Diana Reglein, widow of former owner and president, Bill Reglein. Rorie noted that he and Diana Reglein were both determined to keep jj Babbitt operating in Elkhart, Ind.

“I can’t thank or recognize Diana enough for her determination and interest in keeping jj Babbitt’s legacy alive right here in Elkhart with the team intact,” he said. “We all will forever be grateful to her.”

“I have enormous respect for jj Babbitt’s history and rich heritage,” Rorie added. “We are a small, but highly regarded company nationally and internationally throughout the band and orchestra industries. Our Otto Link, Meyer and Hite models are three of the most well-known and respected mouthpiece brands in the world. Several of our team members have been with the company for several decades, and a couple for more than 40 years. That kind of loyalty and commitment isn’t very common anymore.”

Rorie is looking forward to the future of jj Babbitt. “We have exciting plans to introduce new models as well as entirely new brands and product categories,” he said. “We will be expanding on what we’ve done in the past, but not eliminating traditional processes or products.”