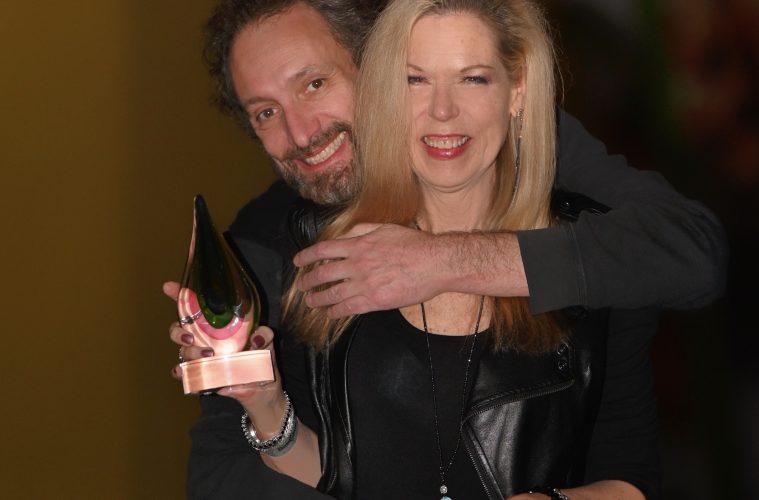 Whenever interviewing Dale Krevens, vice president, Tech 21 USA Inc., there are so many great facts to be learned. How about the best advice she received? “As a younger, I was notorious for not ‘applying myself,’ according to my teachers. So, my dad said, ‘If you’re going to do something, do it 150 percent.'” It stuck. Krevens shares tidbits of advice like that and more in our “The Final Note” interview with her.

Dale Krevens: I have to go with my parents. I really lucked out in that department. Both were very loving and supportive, and great role models. My mom was quirky, creative, fun, fiercely independent and exceptionally strong in the face of adversity. My dad was a jack-of-all-trades and master at every one of them. He too was creative and fun. He was also very intelligent, a perfectionist and naturally talented in the arts. He could sing, play drums and paint. I didn’t get that gene…

Krevens: As a youngster, I was notorious for not “applying myself,” according to my teachers. So, my dad said, “If you’re going to do something, do it 150 percent.” It stuck. On the flip side, the worst advice I ever received was, “Dale, you have to learn how to eat sh#t and like it.” Uh, no, don’t think so.

Krevens: A flutophone in elementary school. I learned to play “Moon River.” I tried violin, only because it was the smallest non-wind instrument to carry. But I was terrible. Really terrible. I took up drums when I was 10 because my brother was in a band that had a female drummer. I thought that was the coolest. After two years, I switched to piano. But it just wasn’t for me. So, I threw in the towel and got a sewing machine.

Krevens: If I still played, it would be the drums. I think the real reason I gave it up was because I felt as though my teacher thought I wasn’t good enough. In retrospect, I think he had a chip on his shoulder and resented having to teach instead of making it as a rock star. But I was 10 and didn’t have the confidence or the insight to try a different teacher.

Krevens: I never went to college. I learned everything on the fly. My career path was like a pinball machine. I was a hair stylist and salon manager, bartender, waiter, fashion designer, seamstress, ad space salesperson, bookkeeper, advertising account executive and marketing executive. I couldn’t decide on a particular career, which is partly why I didn’t go to college. Too many things appealed to me, so I kept jumping around. The upside is that it gave me a lot of diverse experiences and skills. Then I met Andrew Barta (inventor of SansAmp and president of Tech 21) in 1986. Andrew completely changed the direction of my life, and I couldn’t be happier. Not a day goes by that I don’t think about how lucky I am.

Krevens: Hang at the beach! Unfortunately, it’s not a year-round activity in New York City. I do go out quite a bit to music venues, in general for my own interests, and also to support our artists when they’re in town.

Krevens: Rammstein at Jones Beach two summers ago. It was spectacularly spectacular. The wardrobe, set designs and pyro were all killer. But, more importantly, the music was invigorating. I don’t see them as industrial metal, as that’s not really my genre. I think it’s misleading because they’re so musical.

Krevens: Satchmo. I saw him at Jones Beach when I was really little and don’t remember it. I do remember my mom making me go up to him after the show for his autograph, which I did. The autograph was on a salt water taffy box! Unfortunately, it went MIA over the years. He had such an enormous personality and was an amazing player. Truly one of a kind.

Krevens: I’m planning a trip to France so I can see Rammstein again.

The Retailer: What song was most memorable for you throughout your childhood, and what do you remember about it the most?

Krevens: Music was always playing in my house. A lot of big-band stuff like Duke Ellington and Count Basie. But most memorable would have to be “Mr. Sandman.” My mom used to play it every night to get me to go to sleep.

Krevens: I have nothing on my phone except for U2, which came with the phone and cannot be deleted. I still buy CDs because the artists get more money. I happen to like a very broad range of genres, but the artists I listen to most are King’s X, KXM, Rammstein, YYNOT, The Winery Dogs, The Struts, Seal and Phoebe Snow.

Krevens: The Spinal Tap concert. It was fun and brilliant at the same time.

Krevens: Amelia Earhart: So, what really happened out there? Warren Buffett: What stocks should I buy now? Cary Grant: Will you marry me?

Krevens: Catching a dealer gray marketing and violating other rules of conduct. Even though they did substantial business with us, it felt good to give them the boot.

Krevens: Same as what everyone else says. The passion. With few exceptions, it is very unusual to have so many buds who are also competitors. It’s very rewarding because we’re making products that stimulate and inspire players to play their best. It’s so satisfying and gratifying to receive so much positive feedback. I don’t think that would happen if we made toothpaste.

Krevens: Jean Paul Gaultier. Fashion is still a huge passion of mine. As a teen, I fancied myself on becoming a famous designer, but once I had a taste of the actual business, I was mortified. Talk about dog-eat-dog. So, I checked out. But I still love the art itself. Gaultier has consistently impressed me and makes me drool.

Krevens: Not a clue. But what I wish for the most is doing a complete overhaul and developing a system of distribution where artists actually get paid what they are due. Seems everyone makes money except for the artists. Getting $0.0009 for a download is just plain criminal.

Krevens: Making shower curtains. Seriously. The selection is mind-bogglingly bad. I’ve actually made my own a few times. I have plenty of designs in my head, just no time to make them.

Krevens: New York City! It really is a helluva town. So much to do, so many places to go. There’s never a dull moment unless you choose it.

Krevens: A stunning diamond ring I bought when I was broke. My dad, being the co-signer on my credit card, received a notice of nonpayment. He covered it and set up a schedule [for me] to pay him back. In my stocking that Christmas, there was my credit card cut up into pieces. That was followed by the ring itself. I was off the hook for the balance! So, it has an extra special place in my heart.

Krevens: “Goodnight Moon.” I think I read it to my daughter 1,000 times when she was little.