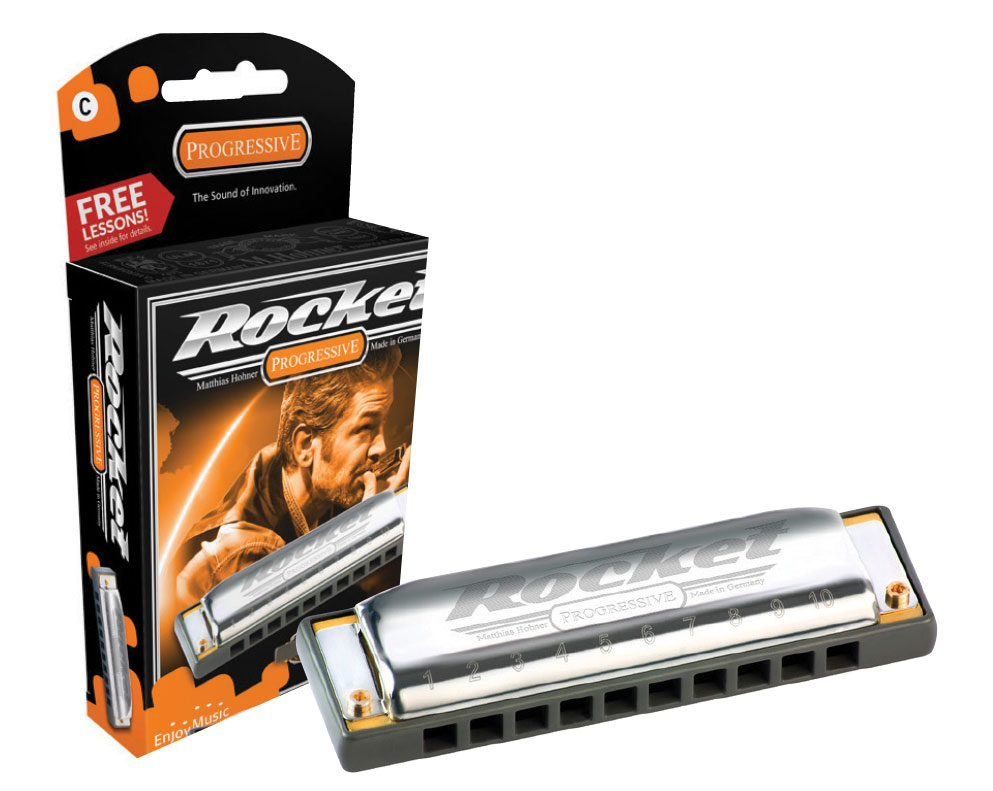 Hohner, a company whose roots extend back to 1857 when Matthias Hohner founded the firm in Germany, has become renowned in the music products industry for accordions, melodicas, banjos, ukuleles and many other musical instruments. However, the music community perhaps knows the company best for its expertise in, and its craftsmanship of, harmonicas. Over the course of its estimable history, Hohner has been an innovator in the harmonica market, and the company’s latest harmonica release adds to that record of innovation. Unveiled to the world at the NAMM show this past January, the Rocket harmonica ($99 MSRP) seems destined to make a major impact this year. Scott Emmerman, Director Marketing and Sales, and Drew Lewis, Product Manager Harmonicas, gave The Retailer all the details.

By way of background, Emmerman explained that, a number of years ago, the harmonica world diverged: the main body of the instrument, the comb, had always been made of wood, but manufacturers like Hohner began to use plastic instead. “Hohner was the first to make plastic combs,” he stated, mentioning that they’re attractive to players because they don’t absorb moisture. “When you play the harmonica,” he continued, “you get saliva in it, which causes wooden combs to swell; this can change how responsive it is, its tone, etc. The plastic, however, eliminates all of that.” Hohner’s release of the Special 20 plastic-comb harmonica, thus, was a genuine game-changer.

With the Special 20 as its foundation, Emmerman calls the Rocket “the next evolution” of this plastic-comb trend. According to Lewis, “Something that we heard over time from players was that everything on the Special 20 is uncomfortable. All the corners on it are very sharp, and the air channel openings have sharp edges.” The Rocket, by contrast, features an ergonomic design that eliminates sharp edges on the comb and cover plate, maximizing player comfort. “We rounded all the edges on the harmonica,” Emmerman affirmed. Soft, rounded channel openings make the harmonica very smooth to play and increase the air pressure behind the reeds, reducing player fatigue.

According to Lewis, one of the first things customizers would do to the Special 20 would be to open up the vents in the front. “They would actually just bend our cover plate in such a way that it would allow the sound to