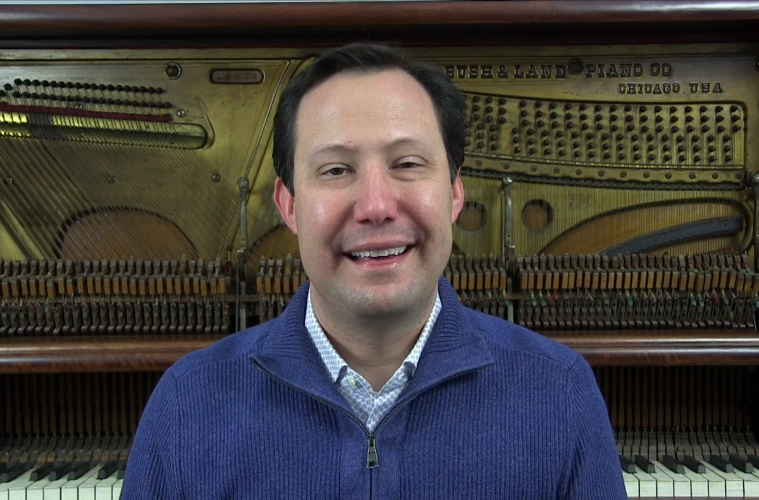 This session was dedicated to the importance of establishing a strong company culture in order to improve the customer experience at your retail business. According to Averwater, Amro Music saw a noticeable improvement in its customer reviews after he and his leadership team undertook deliberate efforts to codify and enforce their business culture.

Averwater began by discussing what we mean when we talk about the “culture” of a business. “There’s a business leader here in town that defines culture as ‘the boss when the boss is not around,’” Averwater said. “Culture is the compass that guides our decisions. It’s the metric that we use to hire people. It guides our daily interactions with our team and our customers. It’s really who we are as a company.”

Averwater first decided to really focus on his company’s culture and its impact on the customer experience after he read “The Amazement Revolution” by Shep Hyken. “The Amazement Revolution” features several case studies about what real companies are doing to create amazing customer experiences. Averwater considered Hyken’s book so insightful that he instituted a company-wide book club for employees to read the book and discuss how they could apply some of the ideas it contained to Amro’s business practices.

Later on, Averwater attended a presentation by David Friedman, author of “Culture by Design,” in which Friedman offered a framework for defining a company’s culture through behaviors, rather than values. This inspired Averwater to think of his company culture less in terms of lofty ideals he and his employees aspire to and more in terms of concrete behaviors that embody those ideals. Averwater explained that “Values are conceptual, and they can mean different things to different people,” whereas when it comes to a behavior, either you do it or you don’t.

Averwater offered the example of a value like “do good” vs. a behavior like “solve problems with urgency.” In the former case, what it means to “do good” can mean different things to different people, and if a supervisor was asked to observe an employee and say whether they “did good,” that is clearly open to interpretation. However, the latter concept, “solve problems with urgency” is much less open to interpretation. “If you get an angry customer on the phone, you either call them back with a solution in an hour, or you call them back in three or four days,” Averwater said. In that sense, either you solved the problem with urgency, or you didn’t.

Inspired by the work of Hyken and Friedman, Averwater decided that Amro Music needed to codify its company culture into a list of behaviors that, if followed, would ensure that the company’s ideals are upheld in all customer interactions. “Our culture has always been good. But I felt like it was important that we define it in specific, measurable terms,” Averwater said. “We can’t expect our team to live up to our culture if we haven’t defined it.”

Averwater pulled his management team together and asked them to come up with some “behaviors we aspire to as a company.” The managers consulted their individual store teams and came back with 50 or 60 ideas. Those ideas were then refined down to “23 core behaviors that make us who we are today,” Averwater said.

Averwater had these 23 behaviors printed on an oversized poster, and at the next all-team meeting, all of his employees signed the poster; he said there were two reasons for this: “One, to symbolize that they were the group that created these fundamentals that would guide us for years to come. The second reason was that it was a pledge, it was a commitment to each other that we were going to live these fundamentals each day.”

Averwater then offered the following lessons for establishing a company culture that he learned from this process: