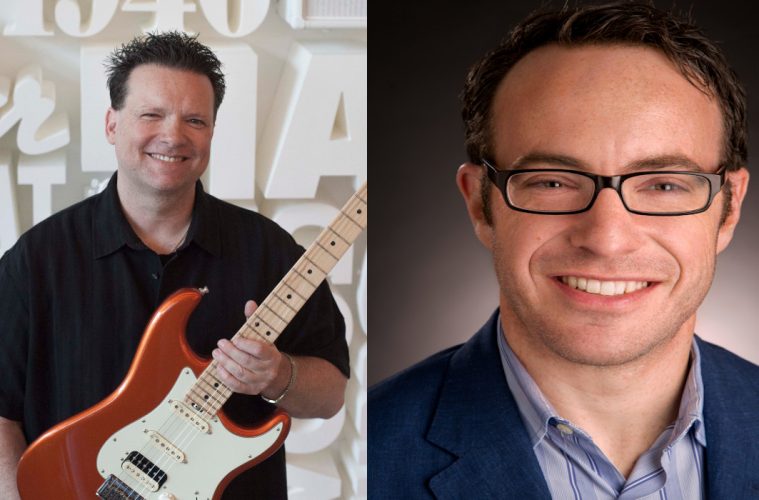 If you visited Fender Musical Instrument Corp.’s booth at The NAMM Show last month, you know it was once again a can’t-miss destination. Due to tight publishing deadlines, this interview took place before The NAMM Show, so we didn’t get to chat with Fender about how things went in Anaheim. However, we did get to chat about many things with both Ethan Kaplan, general manager of Fender Digital and Max Gutnik, vice president, Fender Electric Guitars and Basses and Amplifiers. Kaplan discussed many of Fender’s new ventures that go far beyond musical instruments, and Gutnik talked about recent product launches. Let’s start with Kaplan.

The Music & Sound Retailer: Ethan, let’s first start with your background. When and why did you join Fender?

Ethan Kaplan: I’ve been working in the music business since I was a teenager. My first “job” per se, but unpaid, was running REM’s fan-club site, before they had an official one. Since then, I’ve had stints at newspapers (The Orange County Register), record labels (Warner Bros. Records), concert promoters (Live Nation) and now Fender. At all these companies, I was the person who came in and helped move the business into the digital realm, which is what I was brought into Fender to do. I came here four years ago, and since then, we have launched four digital products. Two of them are subscription-based and continue to evolve and innovate in the digital space.

The Retailer: Tell us about Fender Songs, why it is cool and how it is complementary to Fender Play.

Kaplan: Fender Songs started with one piece of technology and one piece of data. Technology-wise, we acquired an algorithm five years ago that, given any audio file, could determine the chords that are in the song within six seconds. The data shows that people are now spending up to 32 hours a week on average listening to streaming music, a business that now has nearly 500 million users. Fender Songs combines these two things: an app that sits on top of streaming music and gives the user chords and lyrics for almost anything in their library. While Fender Play teaches you how to play guitar, Fender Songs gives you infinite possibilities of songs to play.

The Retailer: It really seems like Fender is trying to go beyond just being a product manufacturer and instead provide an immersive experience for consumers. Can you tell us if this is the goal and how this plan has worked?

Kaplan: Fender is an institution as a company, and since the first guitar left Fullerton, Calif., nearly 75 years ago, we’ve been at the forefront of innovation in musical instruments. Our limiting factor as a business isn’t the quality of what we make or its accessibility, it’s the fact that it’s a hard instrument to learn, and 90 percent of people who start will quit in the first 90 days to a year. This, coupled with the fact that those picking up the instrument for the first time are younger and more diverse than ever before, leads us on the path to digital products to compliment the journey.

It has worked. Fender’s grown as a company year over year, the guitar is healthier than ever and our digital businesses are robust, with Fender Play just crossing 110,000 active paying users. Our apps have been downloaded nearly 7 million times, and all of this was built within the last four years.

The Retailer: It was quite a 2019 for Fender. Can you tell us about some of the biggest accomplishments you achieved last year?

Kaplan: 2019 was tremendous for Fender and Fender’s digital division. Fender Play grew substantially, now with over 110,000 paid users. We’ve expanded the product, including our new Practice Mode functionality, which helps users get even more into the songs they are learning, and Streaks, which rewards players the more they practice. We have a growing community around Fender Play, as well, where people share progress, participate in live lessons every week and encourage each other.

We launched Fender Songs, which has chords and lyrics for over 1.5 million tracks and is growing by the day. Our other digital products, Tune and Tone, continue to evolve with the needs of players. In addition, we expanded our Mod Shop offerings on Fender.com, which lets players chose from over 70,000 combinations of finishes and features from five of our guitar and bass models.

The most important thing we accomplished in 2019 was listening to the needs of players and responding quickly. We generate billions of pieces of data from our digital products every year, and this data, along with talking to our users, helps us shape the roadmap for products to come.

The Retailer: Let’s switch back to products and bring Max in. Max, you had a huge product launch in late 2019 with the American Ultra Series (see January’s Under the Hood feature.) Can you tell us more about American Ultra and why it is cool?

Gutnik: American Ultra is the most recent example of the continued evolution of Fender’s classic instruments in a way that remains true to Leo Fender’s original creation, yet advances the instrument to better serve the modern player. Subtle but impactful changes, such as the new “Modern D” neck shape, rolled fretboard edges, tapered neck heel, deeper body contours, new noiseless pickup designs and a host of new colors, improve the playing experience and remove performance impediments while preserving the sprit and iconography of the original designs. Players will immediately notice how comfortable and accessible these instruments are to play, how adaptable Ultra’s versatile tone pallet is for all genres of music, and will hopefully be inspired to create, play and perform in new and interesting ways.

The Retailer: One more question: What have been some of the best-selling recent product launches in terms of sales at the MI channel and why have they been successful?

Gutnik: The Tone Master Twin & Deluxe Reverb amplifiers, which Fender brought to market in July 2019, are doing very well. The Tone Master amplifiers look and function just like our traditional vintage amplifiers on the front, but under the hood, they have the most advanced modeling and effects processing we have ever created to perfectly replicate the tone, response and feel of the original amps. The result is a Tone Master Twin and Deluxe that are indistinguishable tonally from their tube counterparts, at less than half the weight. We’ve also added an attenuator and direct outs with two amazing-sounding cabinet Impulse responses for silent stage performance and recording in the studio without compromise. Both Ultra and Tone Master are great examples of combining Fender’s traditional platforms and form factors with modern approaches to propel players to new levels of creativity and performance.

One thing you won’t see is Fender getting comfortable or resting on its laurels. Our goal is to always advance the state of the art, putting musicians first and pushing the boundaries in pursuit of great tone, great instruments and great music.

To read more interviews with leaders in the MI industry, click here.