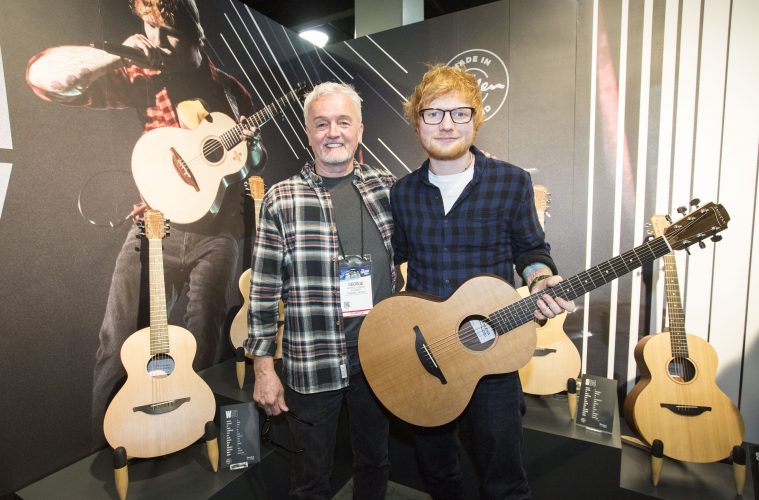 Ed Sheeran and luthier George Lowden launched a line of Lowden Guitars at The NAMM Show. “There are fewer guitar bands and fewer artists using guitars now, and not as many kids picking up guitars. That is something I would like to change by getting these great quality guitars, made in Ireland, into kids’ hands and encouraging them to learn and progress. To be able to work in tandem with a guitar company like Lowden to create a whole different concept has been a really cool experience,” said Sheeran.

The Sheeran by Lowden acoustic guitar range features eight individual models across two small body sizes familiar from the Lowden range, known as the S and the Wee Lowden, both played by Ed himself. The guitars have been designed by George Lowden for the player, with a careful choice of sustainably-sourced wood species including naturally fallen trees and reclaimed Spruce, for uncompromising tone and playability.

“Working with our aerospace engineers has enabled us to dream up new ways of making a guitar very efficiently, using high-tech processes that are normally used in making aeroplanes,” explained George Lowden. “We also incorporate our traditional methods including voicing all the struts by hand using Japanese hand chisels as we want the guitars to really speak to the player.”