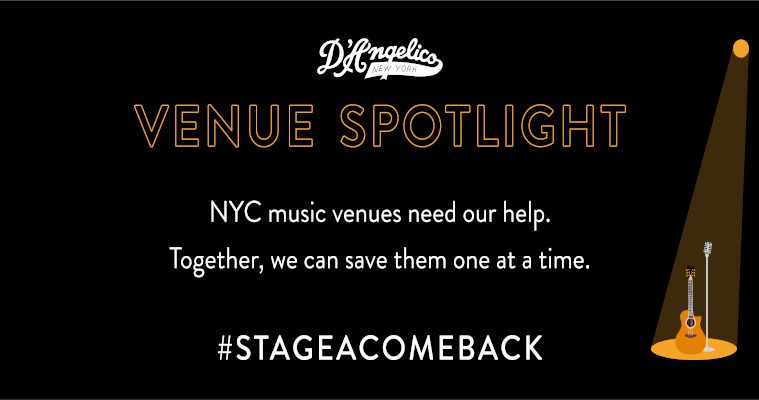 For the next several weeks, D’Angelico will spotlight a different New York City venue that has launched a fundraiser in order to stay afloat while their doors are closed due to COVID-19. The company will be donating to help these venues reach their goals and is asking others to do the same. Those interested in participating can spread the word by using the hashtag #STAGEACOMEBACK.

D’Angelico started by donating $7,000 to help The Bitter End reach its fundraising goal. Now, it’s supporting Arlene’s Grocery, a rock club on the Lower East Side that has hosted everyone from Jeff Buckley to The Strokes to a weekly neo-soul jam at the heart of the scene. Arlene’s is a bedrock of New York City music and is in need of help. D’Angelico donated $15,000 and asked its fans and followers to raise the next $15,000. The company promised to match the last $15,000 in donations before moving onto the next venue.

“Help spread awareness by sharing our post or donating to these venues in need,” the company wrote in a press release. “Every bit helps. Together, we can protect the heart of New York City’s iconic music scene. Together, we can #STAGEACOMEBACK.”