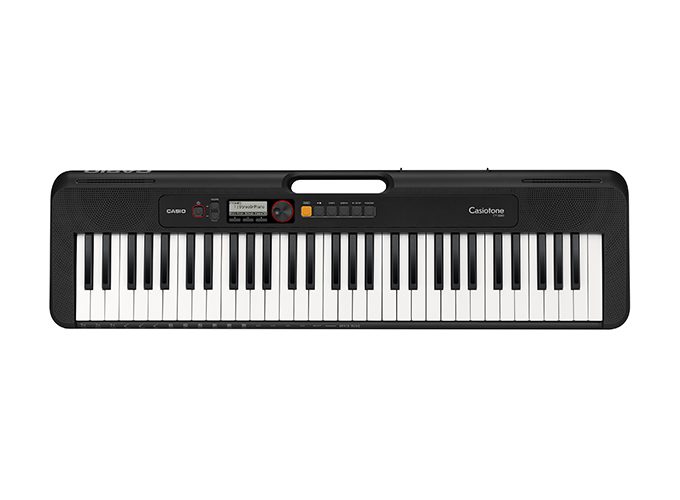 Casio America Inc. donated 25 Casiotone CT-S200 Portable Keyboards in support of Make Music Day, a festival of music celebrated each year on June 21 in more than 120 countries and across the United States. The “anytime, anywhere” use of Casio’s compact, battery-powered keyboard will be on full display during the celebration, as a wide range of talented players across the United States come together to entertain enthusiastic audiences in very inventive ways, and in unusual locations.

Several musicians will offer up unplugged performances on the CT-S200 Portable Keyboards at famous landmarks, including Liberty Memorial Tower in Missouri, Mount Rushmore in South Dakota, Waikiki Beach in Hawaii, for zebras at a zoo in Pennsylvania and in Texas Canyon off Route 66 in Arizona. Others will be offering performances on a mountaintop in Big Bear, Calif., on a pedal boat in Tempe Town Lake in Arizona, on a water taxi in Chicago, in a tree house in Ohio and more.

“Casio is grateful to once again be a part of Make Music, particularly this year, as we all come together to inspire one another, and to celebrate the joy active music making can bring,” said Stephen Schmidt, vice president of Casio’s Electronic Musical Instruments Division. “Casio is passionate about music, and we want to encourage all music enthusiasts to experience the excitement of performing, anytime and anywhere.”

Thirty-nine years ago, in France, Jack Lang and his staff at the Ministry of Culture dreamed up an idea for a new kind of musical holiday, a day where free, live music would be everywhere. Anyone and everyone would be invited to join and play music or host performances. The event would take place on the summer solstice, June 21, and would be called Fête De La Musique, which translates to both “festival of music” and “make music!”