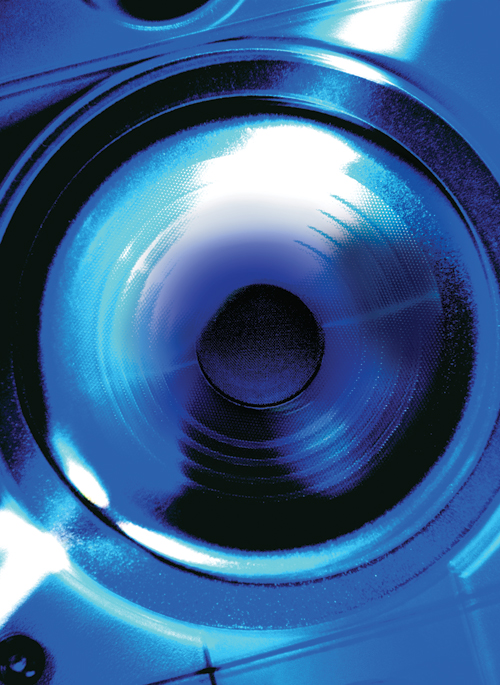 The Speaker And Amp Segments Continue to Evolve, Innovate

A guitarist can make his ax wail, a bassist can deliver the thump that perfectly anchors a song and the vocalist can play the audience as though it were an instrument—causing us to rise and slump based on his or her powerful lyrics and beautiful tone—but none of it is going to mean a whole hell of a lot without quality speakers and amps being put to use, ensuring that every chord and note is heard. And then, of course, apart from the live sound angle, there is the entire world of sound-reinforcement speakers and amps, which, when outfitting venues such as clubs, are absolutely critical to delivering the kind of experience that makes people want to come back, and bring their friends along with them. Here, we will hear from a few music products retailers who are very knowledgeable about the speaker and amp space, and ask them for their take on where things are, where they are going and what’s hot right now.

According to Billy Jackson, who is involved in Promotions and E-Commerce for Corner Music, Nashville TN, although speakers and amps are certainly both doing quite well, he has identified a long-term evolution in amps with regard to what people are buying. “In the past, people wanted big stacks,” he explained. “I’ve seen a big migration from that. People are realizing that, especially with tube amps, smaller watts are more than adequate.” He continued, “Smaller-wattage tube amps really seem to be doing well: in particular, the more affordable ones, such as Ampeg GVTs, Fender Hot Rod Series amps and Traynors. They give you a lot of bang for the buck.”

Jackson added that, in light of the prevailing economic uncertainty, the focus on value in the amp space is strong. “Maybe four or five years ago, people were still insisting on getting a boutique-type hand-wired amp,” he explained, “but that’s not as much the case anymore.” And the economic turmoil actually has served to benefit the speaker space. “People know that you can have a great deal of change with your amp just by a speaker change,” he said. “Partially as a result of that, our speaker business is doing particularly well.”

Nevertheless, given the centrality of quality amplification in delivering great sound, there is still a market for higher-end, bigger-ticket product, as explained by Tadd Kelley, Manager of the Houston-based Texas Music Emporium. He remarked, “There are still cats who will play [an inexpensive import], but they’ll go out and buy a top-quality amp.” He continued, “And it’s just simply because that’s the soul of your tone. You can play a [very inexpensive] guitar through a $2,000 amp, and it’s going to sound like a $2,000 amp. If it’s vice versa, though, it’s going to sound horrible.” The key takeaway, then, seems to be a focus on value that is second only to ensuring absolute quality with respect to musical performance.

On the amplifier side, Kelley noted that Texas Music Emporium is one of Fender’s Pro Amp Centers, representing one of only five in Texas, and one of only 43 in the United States. “So,” he said, “I do a ton of Fender amp business.” He also remarked on Marshall being quite strong. Finally, he added that QSC and Yorkville are Texas Music Emporium’s “bread and butter” on the pro audio side of things, garnering consistently high demand.

According to Larry Garris, Owner of Corner Music, from whose store we have already met Billy Jackson, no real checklist exists regarding what requests people will walk into the store with when shopping for amps. “Most of the uninformed buyers are trying to buy on wattage,” he explained. “And some of the manufacturers tend to lead them down that path, which is not necessarily good.” He did note, however, that weight has increasingly become an issue. “Everybody wants lighter amps,” he declared. “The little Peavey lightweight amps are doing well. And the Crowns do well because of the DSPs in them. Also, QSC is good because of the price point and the warranty.” Obviously, then, each of these well-respected names, along with many others, offers its own persuasive value proposition to the market.

And, speaking of well-respected names, Jackson brought up a certain conservatism that is prevalent in music circles, relating both to design—the idea, for example, that if a guitar seems totally different from the kinds of models that pervade the marketplace, it will have considerable difficulty breaking through—and to famous brands. “Name recognition is still high on the list for people,” he stated. “You can talk about an alternative product until you’re blue in the face—even if it is superior—but, when somebody has the perception that a particular brand is head and shoulders above everything else, you can’t stand in the way.” He cited Fender as a company whose reputation precedes it, and whose products continue to reinforce that enviable reputation.

Even though makers of speakers and amps—indeed, makers of all music products—work hard to keep their finger on the pulse of the marketplace, the retailers who are out in the trenches each day have a uniquely up-close perspective. So, we asked them, “What are you hearing right now that manufacturers should be aware of?” Kelley responded that, as always, there is a palpable clamor for new products. (A bit obvious, maybe, but critical to note given the tendency of some, when times are rough economically, to “hide in their shell” until fairer weather prevails.) “In this industry, it’s a lot about hype,” he said candidly. “When there’s something new and hot that comes out, everybody’s jumping for it.” If a company is not pushing a new product, though, consumers might well overlook it. Such is the nature of a very competitive market in which everyone is competing for mindshare.

The overall mood of the retailers whom we talked to was positive overall, cautiously optimistic and complimentary about their lines. “I think everybody’s doing a pretty good job,” declared Garris. “The issue is having something built that’s reliable, and that you can have it…have availability. It’s tough to introduce an item, but not see it for a year.”

With Summer NAMM on the horizon as this story is being written, and Winter NAMM looming large at the beginning of 2013, I have no doubt that we can expect some incredible, innovative and, most importantly, profitable product in the months and years ahead.