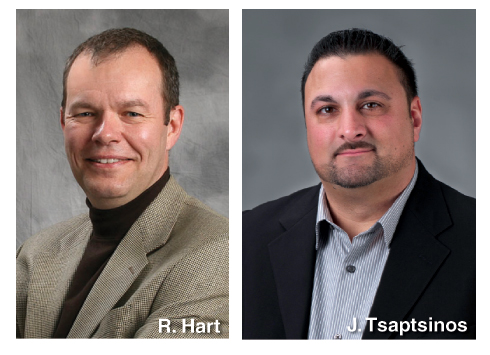 James Tsaptsinos has joined KMCMusicorp as Vice President of National Accounts. He will lead sales and marketing for national customers such as Guitar Center, Sam Ash, Best Buy, Musician’s Friend and Music & Arts. Tsaptsinos is responsible for selling, sales strategies, training and merchandising for all proprietary KMC brands, including Ovation, Takamine, Charvel, Gretsch, LP, Toca, Gibraltar and Sabian, as well as partner manufacturers like Hercules, Snark, Kyser, Fender Branded Accessories and others. Tsaptsinos was born in Brooklyn NY and, in 1997, he joined Guitar Center during its expansion into the NY and NJ territory. He was elevated to Store Manager, earning performance awards during his career at Guitar Center. In 2003, Tsaptsinos moved up to the position of National Sales Manager with Casio USA, and was promoted to Director of Sales. He played an integral role in planning product timelines and sales goals with counterparts in Japan. In 2007, Tsaptsinos became Vice President of Sales at Samson Technologies. He and his team added several large national accounts, including Best Buy, Target, Musician’s Friend and Guitar Center.

In related news, the company has promoted Roger Hart to Vice President of Merchandising. Hart will direct all vendor-supplied distribution business, as well as the B2B product management and marketing teams. A 20-year veteran of KMC Music, Hart began his career in 1993 as an Inside Sales Representative in the call center, and has since held positions within the company that include Purchasing Agent, Purchasing Manager, Genz Benz Product Manager, Accessories Product Manager and, most recently, Director of Merchandising.