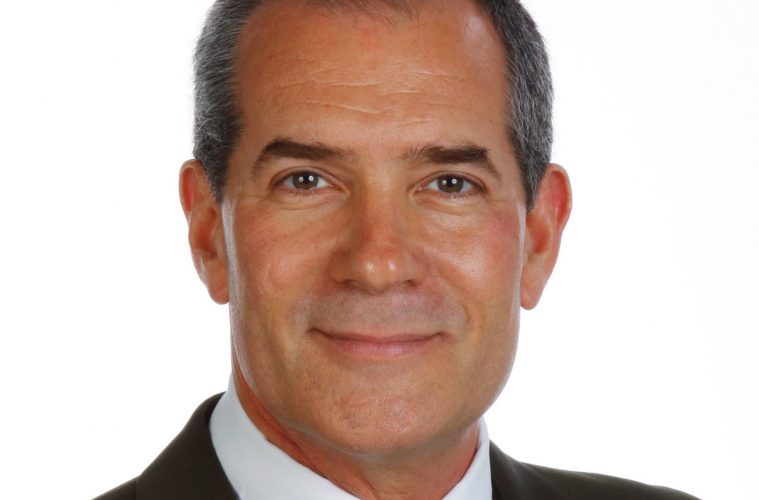 Wireworld Cable Technology was founded in 1992 with the goal of creating cables that objectively improve fidelity. Its award-winning Cable Comparator methodology, patented in 1998, was instrumental in achieving that goal. In 2017, Wireworld received a NAMM Milestone Award for its 25th anniversary, when president David Salz said the following: “Over the past 25 years, Wireworld has grown from a tiny startup with only three employees to an international brand with distribution in over 50 countries.”

The Music & Sound Retailer dialed up Wireworld headquarters in Davie, Fla., to see what Salz had to say today. Enjoy.

The Music & Sound Retailer: Tell us why you founded Wireworld in 1992. What market need were you meeting and what goals did you set at the time?

David Salz: I had already recognized the need for cables that preserve a signal. What convinced me was learning how to test cables properly. A theme that will resonate throughout this discussion is cable testing is possible, yet is rarely done. The problem I noticed in cables is the fact that if you change the cable, you can change the sound. But it wasn’t clear exactly what was being lost in the cables. Why would the sound be changed? Unless they were causing some kind of problems, the sound wouldn’t change at all. Wireworld began when I created the first test for cables. I had a very good playback monitoring system, and I realized that every time I changed the cable that was feeding the amplifier, the sound changed much more than it should have. I ended up connecting my preamp source directly to the amplifier, and I realized the cables had been losing a lot of sound, not just changing it. So, I decided that I would make it my career to solve that problem. It was about making a cable that performed as close as possible to perfect instead of what I was getting, which was significant masking and coloration effects from the cables.

The Retailer: Please tell us more about the company and how it has changed in the past 27 years.

Salz: I had already been involved in the car stereo industry and in the hi-fi industry when I started Wireworld. I knew there were a lot of cables out there, but none of them seemed to work right. Products were created for the high-end audio industry I had already been working in. We got our start selling in high-end audio stores, and we always had a few professional users — people I had known or come in contact with who were following what was going in cables in high-end audio — and realized I was on the right track.

As home theater grew, we made more and more cables for home-theater applications. But with all of our products, it was about figuring out how to test them first, and then developing the product using the test.

The Retailer: Now, how about some more about yourself? Tell us about your family and what you like  to do when not at work.

Salz: My career in audio absolutely goes back to when I was a kid. I can’t remember before I was interested in audio. I grew up in south Florida. Before I was 10 years old, I was fixing peoples’ stereos, modifying equipment and helping people install things. I got heavily into car stereos in my teens. I worked in the car stereo and home audio industry before founding Wireworld.

I am 62 years old. I have four adult children. I am an avid sailor. I have a patent for testing methodology for cables, among others. Some are for cable technology. I have also been working on technology for sailing and seating. So, I work in two other industries. I am a technologist.

The Retailer: It has to be exciting when you get your first patent…

Salz: Yes, but on the negative side of that, I study a lot of patents, and patent art is mostly relatively worthless [laughs]. There are a whole lot of patents people file where they think they made something better. Maybe they have in one way, but they have made it worse in two other ways. So, I don’t think of patents as an impressive thing [laughs].

The Retailer: Data shows 2018 and 2019 have been kind to the MI market. Have you seen that regarding your business?

Salz: We have a very good position in the hi-fi world, where we have been gaining market share. We’ve been there a long time. That’s the market I know best. When it comes to the small studio market, musicians, etc., I am a relative newcomer. We are really building our brand in this market. In the past, most professional audio engineers who bought our products have been mastering engineers. They were buying products that were developed for high-end stereos. It has really been just the last few years that we have targeted our products in studios and MI. [These markets] are just gaining traction now. So, it’s hard to comment on the market other than the fact we do see a lot of our growth coming from people with small studios.

The Retailer: Looking ahead, some experts predict a shakier economy within the next two years. Are you concerned about that, and how have you weathered past recessions (in particular, the one we experienced 10 years ago)?

Salz: Because our business is so evenly spread around the globe, we were relatively insulated [10 years ago]. We sell in more than 50 countries currently. That insulated us well the last time around.

Also, the way the market reacts and how people respond to market conditions seems to vary a lot over different product categories. There are certain things that sell better when the market is down. I think music can be one of those things.

The Retailer: Is that because, during downtimes, musical instruments are a good investment because they last a long time and are a good way for people to get out their frustrations that a bad economy brings?

Salz: Yes. I think it has to do with the basic values of music in terms of helping improve people’s spirits. In my opinion, music is the best entertainment value of all. I think people looking for value steer more toward music when times are tough.

The Retailer: What advice can you provide for MI retailers when selling your products?

Salz: The cable market to some extent is a bit of a confidence game. Everybody is looking for opinions. Cables are not as well understood as a lot of other products. Some companies that sell upgraded products have more of their special sound because they are lossier than conventional cables. It’s a very strange world. In the audiophile world, I can say that somebody “reflavoring” their system with a different cable might make some sense if they just wanted to hear something different. But when it comes to music, at the beginning of the recording process, you want to save as much of the tone, texture, expression and dynamic light that the music has, because it really improves the finished product. Having cables that are lossier than necessary seems to take away a lot of the feeling of the music. That’s exactly why I got into [this business] in the first place. That’s our position.

It’s very difficult for a consumer to know what a better cable is. This is why we are developing recorded cable tests. Somebody doesn’t necessarily have to test a cable live to understand what cables are losing. I have already convinced some of the leaders in the industry that the tests work. It’s just a question of how well we can go out into the world and have people understand that there’s a way to quantify how much better a cable is and how much music it preserves.

The Retailer: Please tell us about recent product launches you have had and what makes them cool.

Salz: We’ve had a bunch of product launches. In fact, our ethernet cable is a real standout product that people are really surprised by. There is a general feeling among experts and lay people that digital connections should be less lossy than analog connections. But when you actually begin testing, that is not necessarily the case. It can go completely in the other direction. This is often the case with ethernet connections being used in studios and live venues.

There is a really simple test for it I keep urging people to try. They are usually very surprised with the results. In a studio, where you have a good monitoring system, if you listen to exactly the same track played off a local drive, right at your playback position, and then compare it to the same thing coming from a server on the network, you will find out that the signal coming through the network does not come close to the same level of fidelity as the local file source. People usually say, “It’s fuzzy. It’s compressed. I didn’t know I was losing that much.” It turns out there were some very poorly understood issues going on in network transmission that we were able to correct with a cable design and by swapping out these ethernet cables, which are flat. The degradation of the network is reduced to the point where the sound much more closely resembles the local drive. This is what we would call a proper cable test that almost anyone in a studio using network cables can perform. It’s not a question of preserving the signal. What we’ve learned to do is to avoid an interface problem that is related to noise. Substantial improvements can be made in your audio chain without buying any more electronics.

Salz: At this point, what we are really trying to do is ramp up the awareness of cable testing and the solutions that we are offering. Most serious people aren’t even aware you can test for these things. Yet, the ethernet test can be performed easily in most studios. So, for us, it’s really just about getting the message out there that there are things going wrong that a properly engineered cable with the right innovation can fix. We are always looking at new applications as they come out, such as Thunderbolt. Thunderbolt 3 is something we are working on right now. But otherwise, we are not planning on changing what we are doing or how we are doing it.