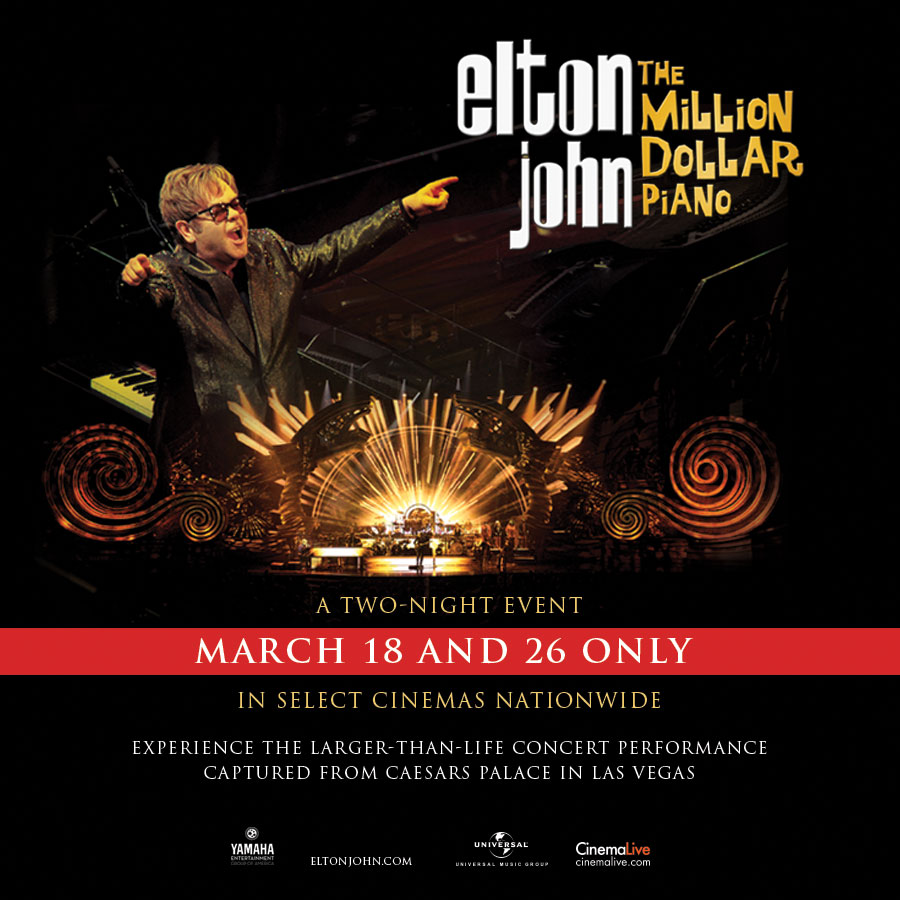 Scores of Yamaha dealers across the United States and around the globe are hosting “sneak peek” screenings of “Elton John – The Million Dollar Piano” in advance of the film’s arrival in 1,200 theaters worldwide on March 18 and 26. The concert film, produced by Yamaha Entertainment Group, was captured at the Colosseum at Caesar’s Palace in Las Vegas. It features the legendary singer/songwriter and longtime Yamaha artist performing some of his greatest hits.

Before the movie hits the big screen, though, Yamaha piano retailers are inviting Elton fans to special wine and cheese nights, featuring an exclusive free screening of a 20-minute, behind-the-scenes look at the making of the film and the piano. As a special bonus, fans will also be treated to a 35-minute segment from Yamaha’s 125th Anniversary Dealer Concert. Held at Disneyland’s Hyperion Theater in Anaheim CA, it featured Sir Elton performing on the Yamaha Disklavier with a 60-piece orchestra.

“This screening in our store provides us with a fabulous opportunity for us to show some appreciation to our existing and future customers,” said Jeff Tasch, Owner of Grand Piano Haus of Skokie IL. “It’s a chance to co-brand with a legendary Yamaha artist—the ‘Rocket Man’ performing on his iconic musical instrument. This is a one-of-a-kind musical experience.”

“Elton John – The Million Dollar Piano” will be shown in select theaters. To locate a theater near you, and to purchase tickets, visit http://4wrd.it/ELTONMDPTICKETS.