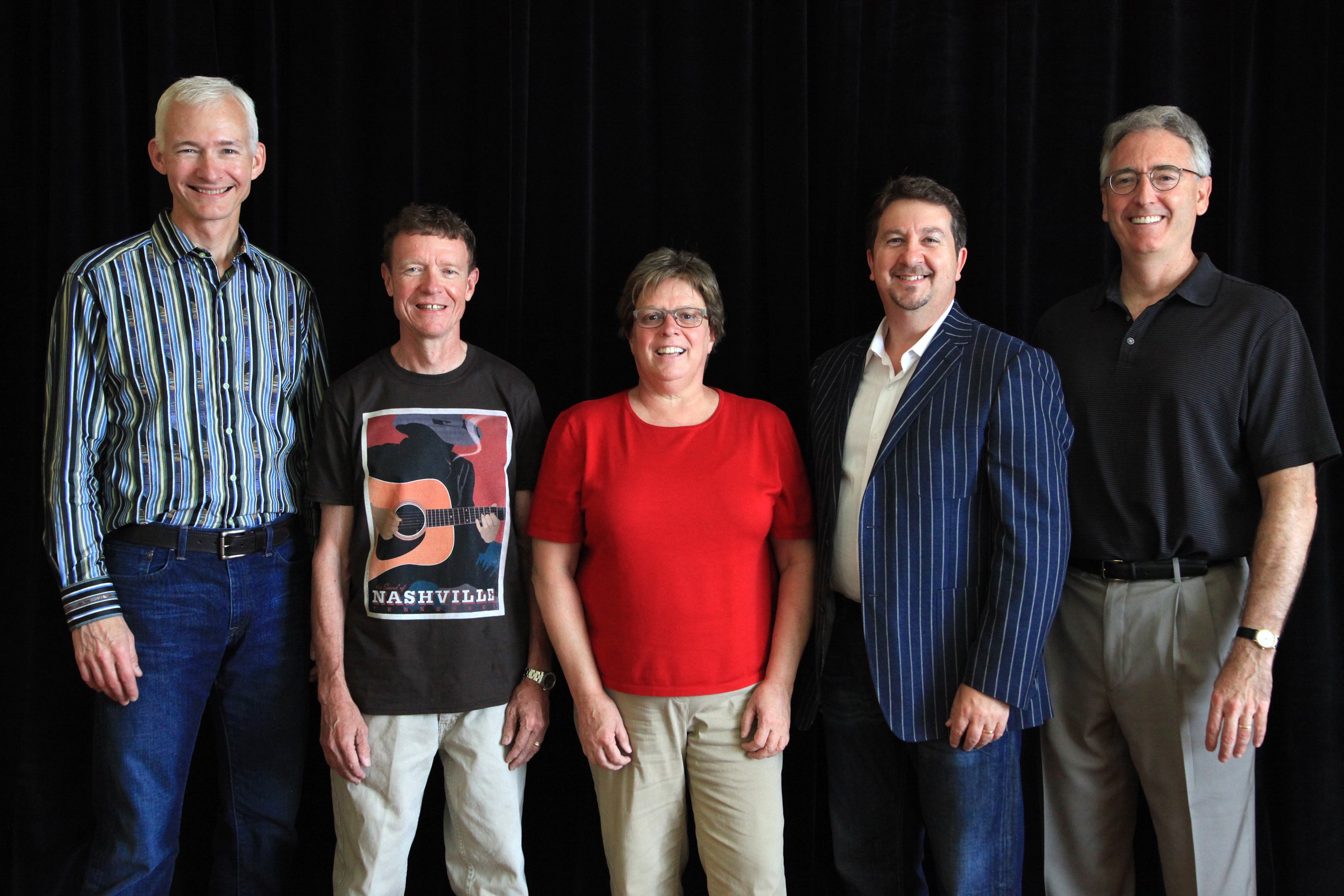 The NAMM executive committee enjoys a smooth succession, welcoming a new member, honoring its outgoing chairman and announcing new appointments during Summer NAMM. The announcements were made July 13 during the annual summer board meeting held in Nashville. Larry Morton, previously NAMM’s Vice Chairman, will move into a new role as Chairman of NAMM’s board of directors. Morton, President of Hal Leonard Corp., served on NAMM’s board from 1999 to 2002. He’s accomplished in diverse aspects of the music industry, having worked in many aspects of the business over the last 28 years: sales, marketing, retail and manufacturing. In addition, Morton has performed, written and taught music.

Morton then warmly welcomed Chris Martin to the executive committee, saying, “Through the multi-generation legacy of Martin Guitars, Chris brings a unique perspective of running a family business, much like many of our retailer members, along with the point of view of a global instrument manufacturer and supplier. Chris also has a tremendous amount of experience as an active advocate and supporter of music through his other service activities.” Chris Martin is the executive committee’s incoming Secretary. Martin, current Chairman and CEO of C.F. Martin & Co., previously served on the NAMM board of directors from 2000 to 2003.

Kevin Cranley, who served as Chairman since 2011, was distinguished by the revision and consolidation of NAMM’s longstanding vision, mission and objectives. During his two-year term, Cranley presided over the adoption of five strategic objectives, and takes particular pride in the committee’s ability to put aside individual agendas to focus constructively on the overall welfare of NAMM’s 9,000 members in carrying out the association’s strategic vision.